The Hard EOD Cafe - U.K. Bomb Disposal Club for All Ranks
Welcome to the Hard EOD Cafe's Membership Forum. The Website/Re-Union Club was Established over 10 years ago, the Forum has been added to coincide with the Website move to new Servers.

If you are a member or former member of the EOD Community or have been invited by a Member of the Hard EOD Cafe then you are more than welcome to join the forum, we will need proof of an EOD background as in a scan or image of a certificate of Qualification sent to Admin after you have joined if you are not known (or have not been invited in by) a Verified Member.

If you dare take the risk and enter our exclusive, somewhat unusual, not altogether sane, often bizarre and occasionally humorous, Bomb Disposal/Explosive Ordnance Disposal All Ranks Club you will hopefully enjoy many hours of reading through the many Categories and Forum pages that have been painstakingly created so far (gallons of midnight oil has been burnt! not to mention the vast quantities of EOD liquid (beer!) consumed during the often mind numbing, very occasionally imaginative, single finger typing, process of creating the different pages and at the same time breaking into the lonely, geeky world of computer website design, not an easy task for anyone let alone an EOD Operator!!!) and just possibly see the EOD Operator in a different light, we are only human after all

! much, much more is to come; anyone qualified in EOD or indeed works within the hazardous field of Bomb Disposal, EOD, Humanitarian or Commercial Mine Clearance or High Risk Search, is more than welcome to Register for Membership of our exclusive Club, Membership is entirely free so don't expect too much

Membership will give the Member access to the majority of the Forum but we do ask that you use your name as your Username. There will be much to see within our steely eyed pages, in particular a Remembrance Page dedicated to all those who have fallen in the line of duty whilst serving in the hallowed ranks of British Bomb Disposal, including the 490 who perished in the extremely perilous first years of Bomb Disposal during the Blitz of World War Two and during the 2 years after the War ended, whose heroism in recovering such deadly Fuzes from the various sized Bombs that existed in the Luftwaffe's Arsenal should never be forgotten, Fuzes such as the No 17 (which could detonate the explosive in the Bomb at anytime from 1 to 72 hours after landing!) the No 50 (this was an Anti-Disturbance Fuze that could be triggered by less than 1mm of movement by the men digging down to it 'and it often did!') and not to mention the Zus40 (a very clever Anti-Withdrawal device that often caught out the Operator upon extracting the Fuze!) 45,000 Unexploded Bombs were dealt with between the Army, Navy and Air Force Bomb Disposal Units during the War Years, 151 Sappers from the Royal Engineers EOD Units also lost their lives clearing over 2,000 minefields containing over 350,000 mines from the British shoreline from 1943 and after, fellow Bomb Disposal Engineers have also lost their lives in Korea, The Falklands War and the most recent Wars in Iraq and Afghanistan carrying out the often very hazardous work of Bomb Disposal and Explosive Ordnance Clearance the memory of all of them, every one of whom the word Valour does not give them justice of the heroic work they lost their lives carrying out, will always live on in our Remembrance Page.

The new look Hard EOD Cafe aims to be the one stop Website where EOD Operators can stop by, talk the talk, add their pics and possibly even find a new job or advertise for personnel through our active Guestbook/Forum or through one of the Companies in the Links Page or at the very least just to swap stories and experiences, but importantly, to continue to provide a home base for future re-unions/gatherings etc. for former 33 Engineer Regiment (EOD) members as we have been doing since 1998 when myself, Mick "Arnie" Rutherford, Colin Dawson and Jimmie Heald started all this,

I am sure we will be forgiven in time!

P.S. Oh! To Register you should see a Register White Button just below this message if you can catch it : ) just fill in the x's in the right place and we will see you in the site, if your name is Baron CastleShort then I strongly suggest you bugger off and find another site to bestow your BullSh*t upon... You MUST Introduce yourself, Please Read the Following as soon as you Join, otherwise you risk being Banned for Life: http://hardeodcafe.forummotion.com/read-here-when-you-join-f41/registering-for-identification-t88.htm Members who do not introduce themselves are given a period of grace and then Banned, it doesn't matter who you are, if you don't want to participate then you are not welcome, we won't tolerate fence sitters... 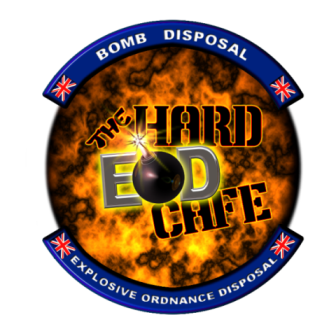 EOD is a science of vague assumptions based on debatable figures derived from inconclusive experiments, performed by persons of doubtful mental capability with instruments of problematic accuracy!

» Pull Up a Sandbag

Who is online?
In total there is 1 user online :: 0 Registered, 0 Hidden and 1 Guest

Pull Up a Sandbag

Pull Up a Sandbag

Written by two former Members of 33, you can purchase Pull Up a Sandbag here:

[You must be registered and logged in to see this image.]

Fill someone's stocking by purchasing Pull Up a Sandbag here:

Re: Pull Up a Sandbag

I know i promised about 5 months ago that i would get that little story to soon as for the next book as you know yourself im not one for writing much but i will get on with it this week. 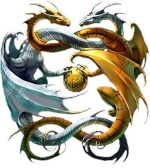 That goes for everyone else also, if you have a funny story in you that you would like to see included in the Sequel please forward to me to have a look, if we add any of your stories we will give you a signed copy of the book when they are published.

If anyone has read Pull Up a Sandbag could you possibly add a small review here in this thread, you never know we may well add your review in the new book.

Re: Pull Up a Sandbag